In the past mules ( donkey father, horse mother) were used by armies as pack and riding animals. In the USA mule tails were cut in bells to indicate training the animal had received. A green unbroken mule had it’s tail shaved. When it was broke as a pack animal a bell was trimmed into its tail. When it was broke to be driven a second bell was added and when it could be ridden a third bell was added. When a soldier looked in a corral full of mules it was easy to figure out which mulewas trained for a specific task. It would be frustrating, to say theleast, to try to ride a mule with one bell in its tail! 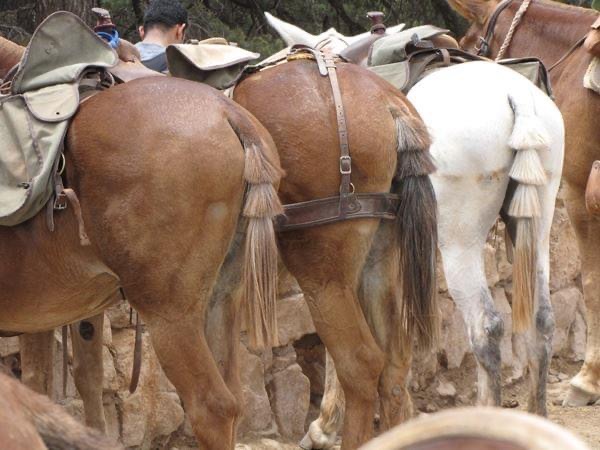 In this photo Daniel donkey is waiting for Sox and Gina to finish breakfast so he can have some hay. Note Sox’s beautiful tail : no bells though!! 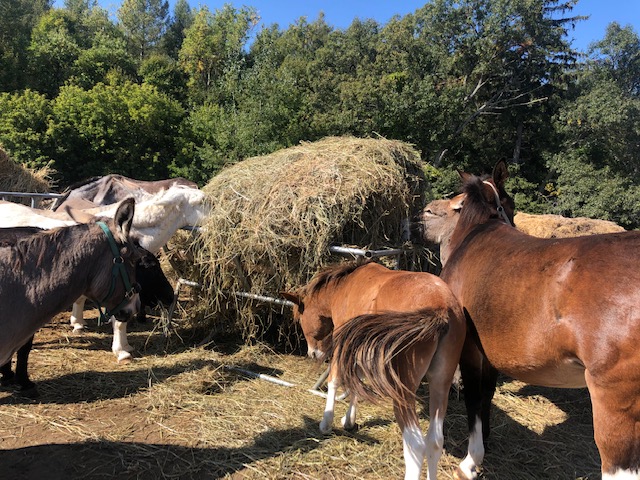