This is Susie Q miniature donkey with her best friend Jesse also a miniature donkey. Susie came from an Alberta farm with her mother Charisma and other siblings. They travelled in a transport truck with frequent stops to rest and have water and hay. You can imagine how tiring it would be stand and balance in a truck trailer coming across Canada. Susie and her family boarded at the sanctuary while their owner set up a new farm in Nova Scotia. The vet said Charisma who was in her forties, was too old to travel that distance so it was decided Charisma and Susie Q would stay at the sanctuary while the others went on to Nova Scotia. Charisma passed away of old age two Christmas’s ago. As Susie was present when her mother passed she had closure. After a time she and Jesse became friends, share food and a stall and are never far apart. 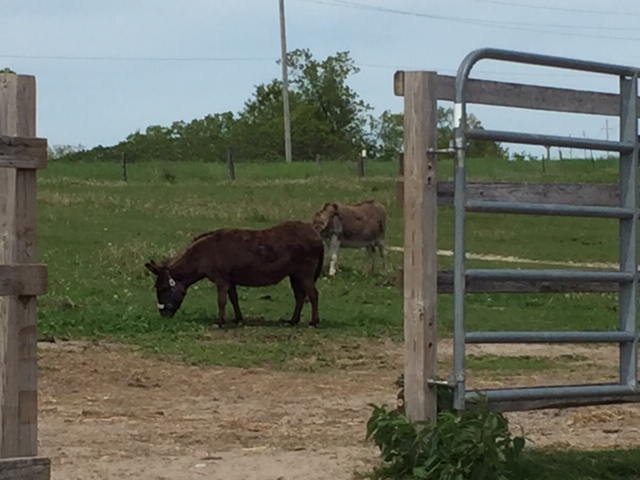