Tommy was a mammoth donkey who was 22 years old. He was such a sweet gentle boy. It seems mammoth donkeys are the gentle giants of the donkey world. Did he love the Jennets (female donkeys) at the sanctuary! Tommy had severe arthritis in his front knees that initially made it difficult for him to walk. Sheila got this under control with medication and Tommy began to roam. It seemed he would be at one end of the farm then suddenly at the other end checking out the girls! A particular favourite of Tommy’s was Sally who, everyone who has been to the sanctuary knows, is Oliver’s mother. Oliver was constantly moving between Sally and Tommy. He was not impressed!

Tommy has since passed away, he was greatly loved and now missed by all of us. 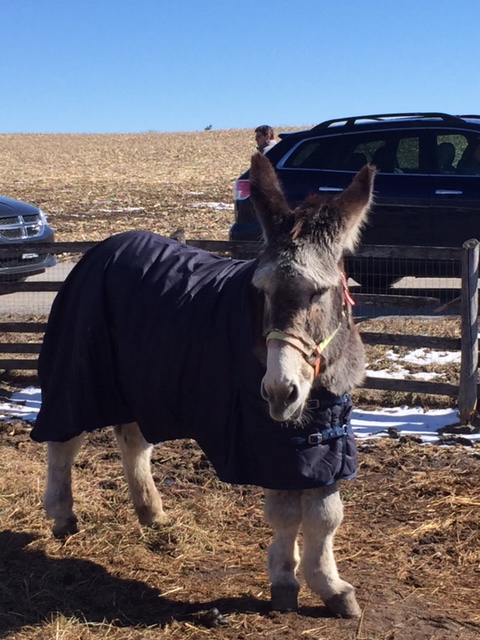