Mocha is a beautiful cat who was at the sanctuary too briefly. Sheila found Mocha in the house under a couch and not moving except for her eyes which were very fearful. Mocha was paralyzed. Sheila held Mocha until she passed away and thought she had a stroke. I looked up cat strokes and found very little research has been done on this. There is some thought that cats have similar strokes to humans: hemorrhagic where a blood vessel bursts or ischemic where there is a clot. Sadly there is little that can be done when a cat has a stroke. During Mocha’s brief time at the sanctuary she was loved and cared for. 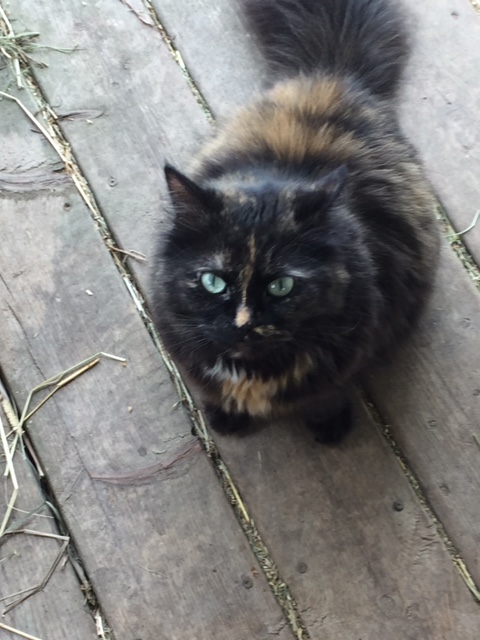